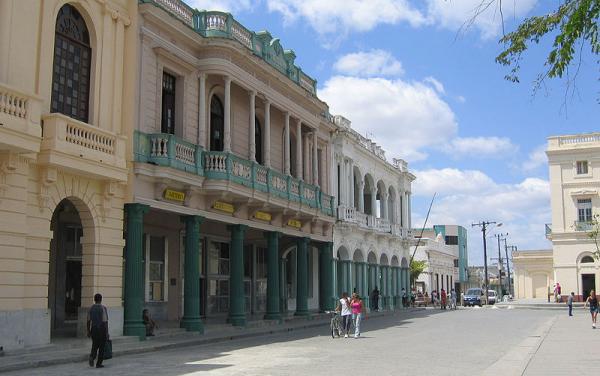 In Santa Clara's center is a park (Parque Vidal) and it is laid on an entire square block. In the park there is a statue of Marta Abreu, a person much loved by the people of Santa Clara. Bordering the park is the Santa Clara Libre (formerly the Santa Clara Hilton), "Gran Hotel", Teatro de La Caridad (a National Monument of Cuba.), the Plaza del Mercado Central, the former City Hall and the Colonia Española de Santa Clara center of dance, offers the most attractive and unique traditional customs of hinterland Cuba.

Parque Vidal is probably one of the most typical places in Cuba. During the afternoons, people (specially singles) visit the park to meet others. Although not widely practiced in recent times, the custom was to walk the park around and around. The women walk the inner part of the park, while the men walk the outer side. Another lost custom was for the locals to set up a platform and offer improvisations with their guitars on late Sunday afternoons. For that day they dressed with their Guayaberas and highly polished shoes.

Santa Clara is home to a mausoleum which houses the remains of Che Guevara and sixteen of his fellow combatants killed in 1967 during the Bolivia campaign. There is also a reconstruction of Guevara derailing the train during the Battle of Santa Clara.